Menu
Perspectives from the Italian stakeholders 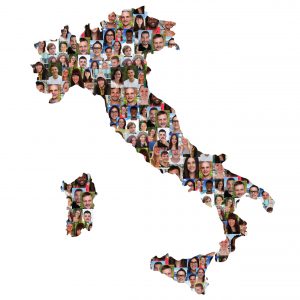 The researchers from the universities of Florence and University of Milan met the Italian stakeholders (CIALP-EAPN, CGIL and Salesiani per il sociale) for the second meeting on 12 July 2021.

After an introductory round, Mario Biggeri and Federico Ciani (University of Florence) presented the EUROSHIP project. Biggeri introduced the overall structure and objectives of EUROSHIP while Ciani provided a general summary of the work done by the University of Florence and TARKI in the elaboration of the State of the art review and the analytical framework. After the presentation, several comments were raised by the NSC members.

The representative for CILAP-EAPN underlined the relevance of the work done about indicators and their reliability regarding gaps in social citizenship in WP3. She underlined the practical utility of the reliability checks about indicators as it is an issue directly linked to the possibility of monitoring the wellbeing of vulnerable groups. Moreover, she pointed out the relevance of having subnational disaggregation of key indicators and, in particular, the importance of reflecting not only the reliability of the data but also the information that are used to build up the indicators. Finally, she offered her support to increase the sample size of the expert survey, despite she found the findings realistic and relevant. The representative of CGIL (Italian General Confederation of Labour) asked for  more clarifications about the sampling strategy of the expert survey and proposed to reply the survey for Italy in the forthcoming activities.

In the second part of the meeting, Matteo Jessoula (University of Milan) presented the WP4 and mainly focused on the main drivers of policy trajectories of MIS in seven EU countries. In doing so, he presented the results of this deliverable and reflected upon the evolution of MIS in Italy. His presentation triggered a lively debate on the topic where all NSC members intervened.

The representative of CILAP-EAPN emphasized the importance of collecting additional data on poverty and social exclusion at both national and European level. She invited the researchers to reflect on the homogeneity of the data used in different WPs. She offered her support to fill the gaps of information about the “generosity” of minimum income schemes and the activation measures linked to these. Then, she discussed similarities in the conditionality of MiS in the UK and Italy and in particular, advised the researchers to monitor the workfare conditionality in national MiS in UK and Italy. Finally, she pointed to the activation approach of German national MiS, which is linked to an orientation and accompaniment of jobseekers and addressed the latest development in the national FEAD (Fund of the European Aid to the most Deprived) Programme.

The third and final part of the meeting was used to discuss  the life course interviews taking place from autumn 2021. The representative of CILAP-EAPN confirmed her availability to support the data collection.

The project has received funding from the European Union’s Horizon 2020 research and innovation programme under grant agreement No 870698. The opinions published on this website reflects only the author’s view. The European Commission is not responsible for any use that may be made of the information it contains.